Over the last several months, we went on a bug-hunt and tried to squash as many DU Meter bugs as possible. The result is DU Meter 5.30, which includes over 30 bug fixes and other improvements. This update is free for all current DU Meter 5.x users, just install on top of your current version, no need to uninstall.

This is an emergency update to fix one issue in the installer, which prevented a successful install of DU Meter on some computers.

DU Meter is available now in 5 languages: English, French, German, Spanish and Russian, which may be selected at the outset of the installation process. This new version also includes several bug fixes and optimizations. The update is free for all registered DU Meter 5.x users.

This is the first release in the 5.x series. 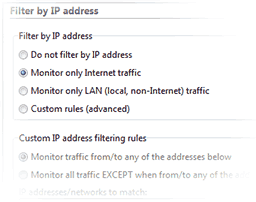 Most important features in DU Meter 5.0 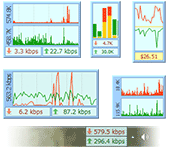 If you already have DU Meter 7.x license, all 7.x version upgrades are free. If you bought a DU Meter 6.x license later than December 1st, 2014, your serial number will be accepted by DU Meter 7. Otherwise you need to buy an upgrade, and you're entitled to a 50% discount from our current DU Meter price.

Own an Android mobile phone or tablet? Get DU Meter for Android, only $2.95!